The shopping cart is empty.

GOLEM Architectural Ceramics produces heritage-standard ceramics for use in the conservation and restoration of listed and other historic buildings. Our custom-made products have been used in many heritage and new-build projects in Germany and abroad. 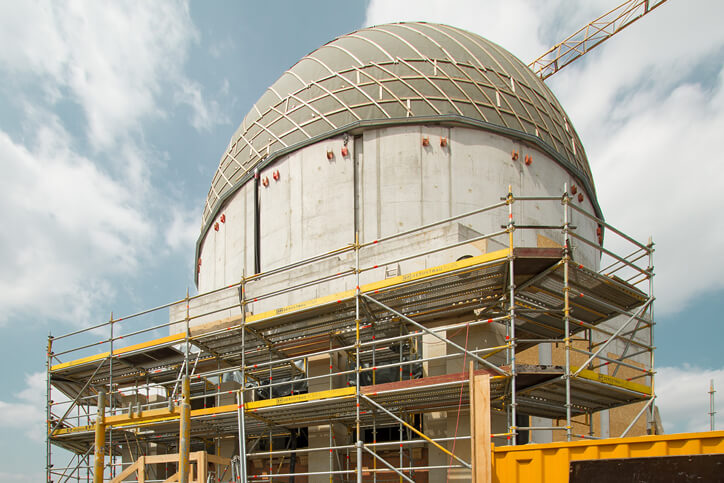 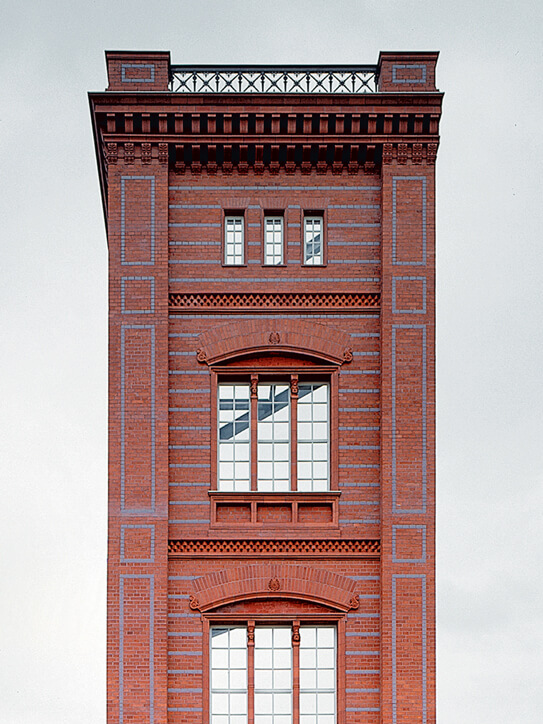 
A full-size model façade for this project was erected in the 1990s and GOLEM produced terracotta friezes and over 100 different specials as well as the standard “Reichsformat” bricks required for its construction. Unfortunately, developers have yet to decide on a realistic scheme for the restoration of Schinkel’s Bauakademie. 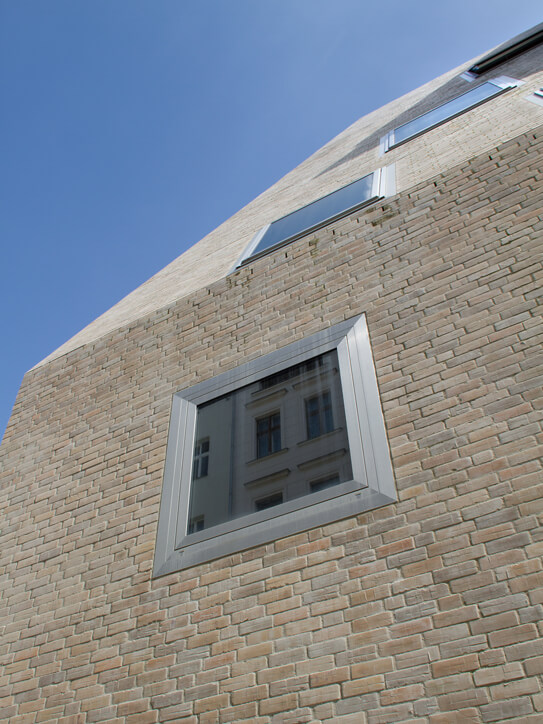 
The walls and striking roof of this modern house are clad entirely in GOLEM varicoloured hand-painted bricks. The opalescent bricks give the structure an individual, living quality and link it to the neighbouring Gründerzeit buildings.
Project design: Barkow Leibinger, 2016 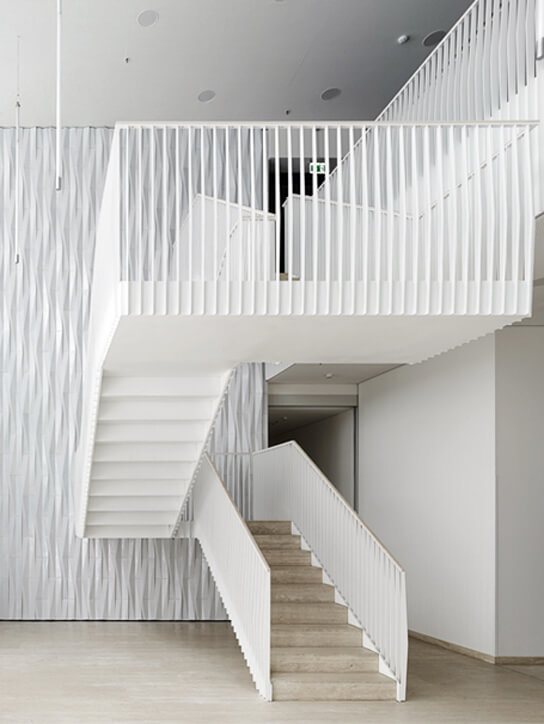 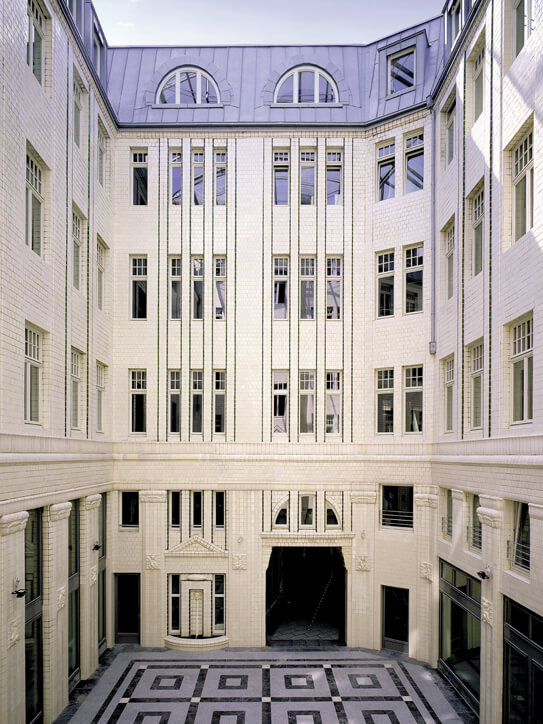 
Built between 1911 and 1920, this former trading house comprises three courtyards connected by covered arcades. In 1998 GOLEM produced glazed bricks, facing blocks, specials and decorative bricks for the refurbishment of the glass-covered interior courtyards. 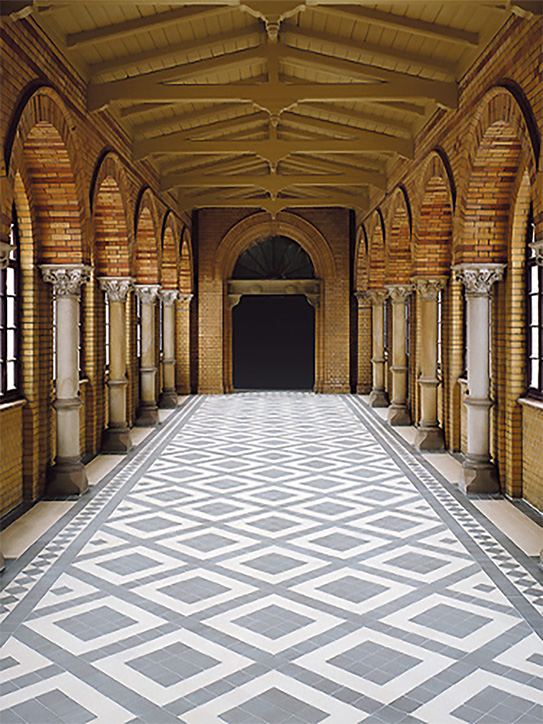 In 1996 and 1997 GOLEM produced various custom-made bricks and special stoneware tiles for the renovation of Berlin’s Weißensee Jewish Cemetery. 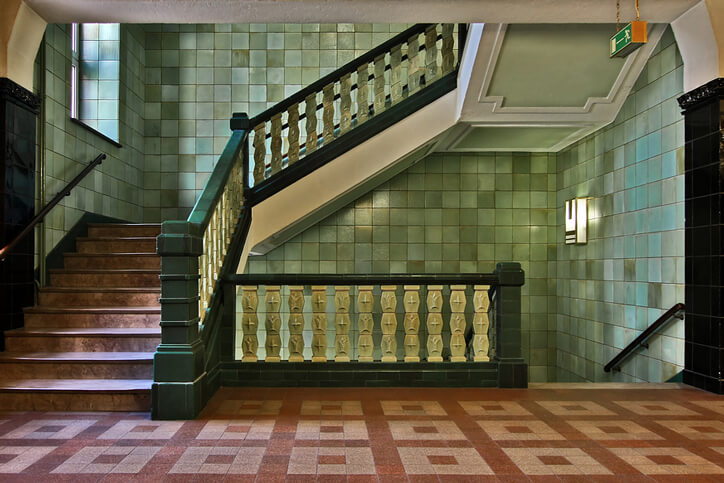 GOLEM produced wall tiles and glazed facing bricks for the restoration of this Art Deco-style building, originally constructed between 1926 and 1928. 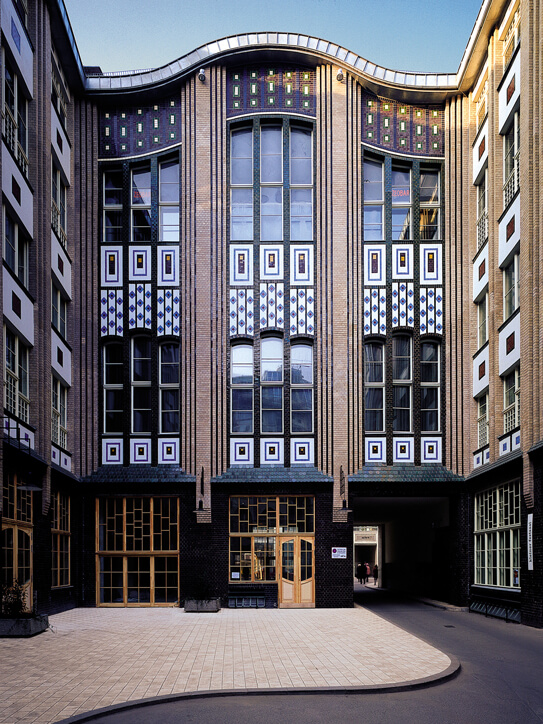 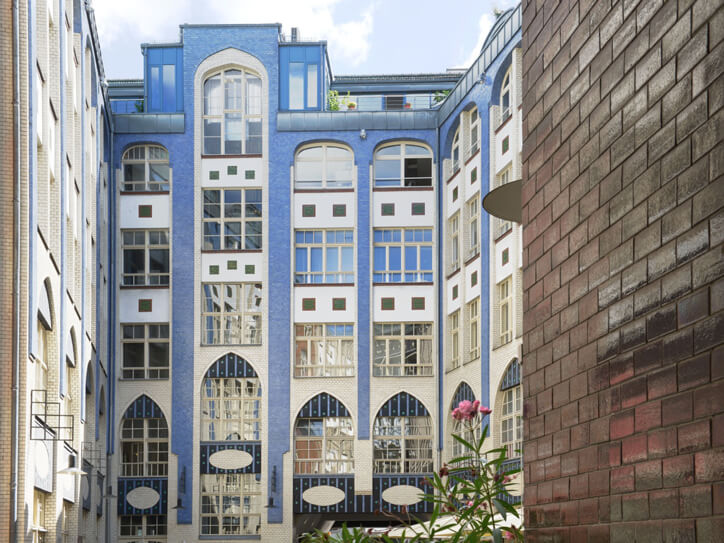 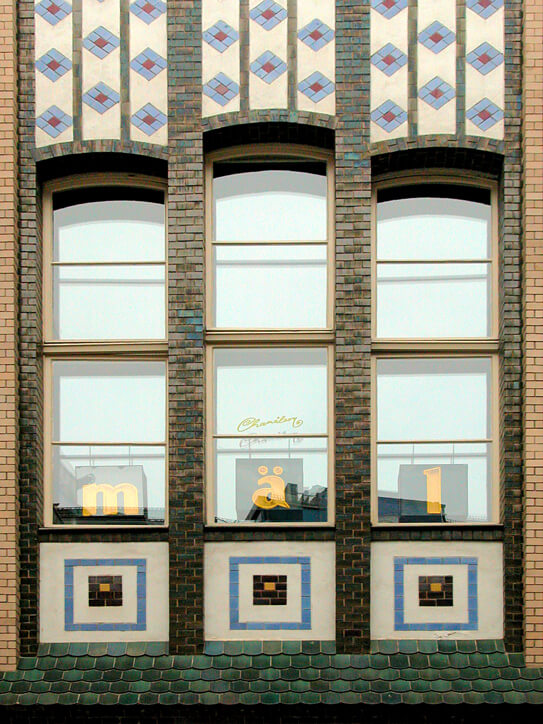